Use a condom to make fire

No matter what your ethics dictated, CES convention
goers couldn't avoid eye contact with the scantily
clad women of the adult entertainment world roaming
the Sands Expo space. And an invitation to their
booths would introduce even the least curiously
initiated to displays of their films shown, in CES
tradition, in high definition on the latest plasma
TVs.

Hypothetically, one of these executives who took a
wrong turn on their way home may be surprised to learn
that during the making of these unrated films unlike
football, hockey or baseball, the adult film industry
requires no protection at all. The use of a condom is
strictly voluntary and almost never done.

"There's little regard and no protection for the
people who work in this industry. This is the last
at-risk population exposed unnecessarily to the risk
of HIV and a host of other sexually transmitted
diseases," Kerndt said.

There are currently no legal requirements for condom
use or even for testing, but with the help of an
industry veteran there are at least self-imposed
standards that are being enforced by all the major
adult film studios based in the San Fernando Valley
area of California.

Sharon Mitchell appeared in more than 2,000 films
before hanging up her G-string and starting the
nonprofit Adult Industry Medical Healthcare Foundation
(AIM) in 1998. That was the year a devastating HIV
outbreak infected several female performers after a
single male performer named Marc Wallice infected the
women.

In the last 10 years 17 adult entertainers have tested
positive for HIV, including six that AIM's testing
caught before they could pass on the disease to anyone
else in the industry.

"There's no 'I forgot my test.' It's on the computer
and it's demanded," said performer Jesse Jane of
Digital Playground.

"Before I do a scene with a guy or girl I have them
tested the two days before and it take 48 hours to get
the results, so I know they're clean [Falsch, denn ein
Testergebnis von heute sagt nur etwas über meinen HIV-Status
von vor ca. einem Monat aus !!!]. For me condoms
hurt, so I can't get into a scene and I can't fake it.
But I do promote safe sex especially if you are not
going to get tested and you should get tested anyways
at least once a month just to be safe."

The adult entertainment industry knows the
self-regulation is important to keep the government
out of its affairs and AIM offers one more not so
subtle bit of advice to the studios on its Web page
that "it is hereby beneficial to the liability of the
companies to keep records of bills of health regarding
each talent member and their partners for each day
they are employed."

Wicked Pictures, an adult entertainment studio that
hires its thoroughbred performers to long-term
contracts, is the only large studio that still has a
strict all-condom policy. Vivid Entertainment, the
valley's largest studio, has returned to a
condom-optional policy where the female stars make the
decision.

To Wear or Not to Wear

As a former participant, Mitchell hopes for a day when
all performances occur with some sort of protection
involved, but for now she said, "I know the pressures
that these talent members go through. They're offered
more money. They're told these movies will not sell if
there are condoms in it."

Hustler Video's Michael Kline says the fans are the
ones asking for skin-on-skin films. "That seems to be
more popular. That sells more. That's why you go
through the whole process of testing and everything
else. It's pretty much the fans don't want to see
condoms."

"Testing's a must for everyone in the industry and
that is how I can back up my stance on no condoms. I
don't think the fans want to see condoms on film,
because the fans are coming to see fantasy and condoms
are not usually part of fantasy," Jordan said.

Although HIV is the sexually transmitted disease that
most performers fear, the sad truth of the industry is
that anytime bodily fluids are involved without
protection the performers are at risk for dangerous
and painful diseases like chlamydia and gonorrhea.

These painful diseases are treatable by drugs and are
not life threatening, but are extremely painful and if
untreated can lead to serious complications. These
STDs can by transmitted from an actor's private life
and spread throughout the industry before the monthly
tests are completed.

In 2004 actor Darren James had unprotected sex scenes
with 13 actresses during a monthlong period in which
his HIV test went from negative to positive. The
results were three of those actresses contracted HIV [23 %!]
and it was discovered he contracted HIV while filming
a scene in Brazil.

The scare caused the industry to immediately implement
an all-condom policy for a short period of time until
it began to feel comfortable with improvements in the
accuracy of the testing technology.

The typical ELISA test offered in a doctor's office
has a window period of six months because it tests
only for the antibody that can take up to six months
to mature in a young healthy person. AIM now uses
PCR/DNA (polymerase chain reaction) test that can
detect HIV in just after two weeks and claims to have
stopped all spread of HIV in the adult entertainment
industry in the last four years.

Mitchell's organization offers a wide range of
resources for industry members besides the testing
including counseling, psychological services and even
a scholarship fund if the actors decide the physical
and emotional risks are no longer worth the acting
fees they collect [Sozialfond/Ausstiegshilfe].

She describes an environment for a new actress of
today. "They walk on set and it's wall-to-wall sex and
the type of sexual encounters they're having are
extremely high risk." When asked whether she could
ever see a day when condom use was a requirement, she
said, "That would be wonderful, wouldn't it?"

Testing stems the flow of sexually transmitted
diseases if it discovers an infected actor before an
outbreak occurs. With actors often performing in
several scenes a day often with multiple partners, an
epidemic could spread like wildfire if not contained
through testing. For the time being that is enough of
a safety net for many of the participants.

Jayden Jaymes is one of the actresses who is just
going with the flow, but still has trepidations about
sex scenes without a condom.

"Yeah, sometimes I worry, but thank God for those
tests. I have been unfortunate enough - we all get
STDs - but I have gotten them taken care of. It
worries me sometimes there are some of those that you
can't get rid God forbid if I ever get HIV or AIDS,
but I think I'm OK for now."

But Bob McCulloch, the attorney for Darren James, the
actor whose HIV infection led to the condom-only
practices in 2004, says the industry is only reducing
liability with the testing and that the condom-only
policies of the past are the only way to protect the
performers.

"The system currently is designed to sacrifice a small
number of people who are going to get it, and then
limit the damage. It's a system that has damage
control, but not prevention." 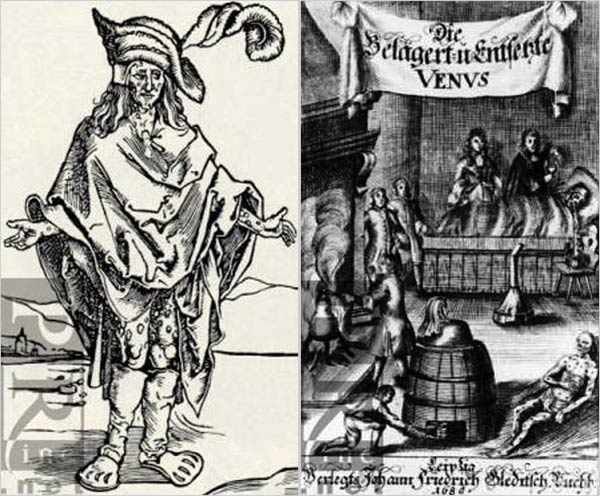 Police were called on to settle a dispute between a prostitute and her client when a prophylactic -- guaranteed to work over 95 percent of the time -- burst while the two were in the act.

What was no doubt intended to be a passionate evening ended abruptly Wednesday with the police getting involved in a midnight tryst after the condom a prostitute was using with her customer broke.

Fearing the worst, the 22-year-old woman wasn't willing to take "John" for an answer when she demanded her client's name, so she called on the police to help her get the information she wanted.

"We'd rather be on the safe side when there are rows in the red light area," a police spokesman said. "Both were satisfied, and both now know exactly who they had sex with."

Prostitution is legal in Germany. 
[youtube]http://www.youtube.com/watch?v=2MWIhz9baKc[/youtube]
Author Elizabeth Pisani talks about her book "The Wisdom of Whores: Bureaucrats, Brothels and the business of AIDS". The epidemiologist in conversation with Indonesian sex worker Ines.